Bitcoin: The Optimal Store of Value for Peruvians?

What is a Store of Value?

An asset that maintains its value over time. Can be spent or exchanged at a later date without penalty.

If hyperinflation occurs, as has happened before in Peru from 1988 – 1991, would citizens be able to protect their wealth from rapid depreciation?

A store of value asset is meant to protect a citizen’s wealth during crises. In the past, gold has been treated as the preeminent store of value. When there is a regime change, war breaks out, or hyperinflation sweeps a country, citizens have historically bought gold to protect their wealth during turbulent times.

Peruvians have a rich history with gold, as the precious metal has been an effective store of value in Peruvian culture for thousands of years, dating back to the Incas. In traditional mythology, the Incas believed that gold was the sweat of Viracocha, their supreme god.

There are three central reasons why gold has historically been the strongest store of value:

Fungibility means that as long as the quantity of the asset is the same, the asset has consistent value regardless of its form. For example, I could cut a gold bar into 1 oz pieces, have 1 oz of gold jewelry, or 1 oz of gold coins and all those items would be worth the same value in terms of Peruvian sol.

In addition to being fungible, gold is also scarce. Scarcity means that the supply of the good is constrained. The supply of gold is more constrained than any other metal. Not only is there a limited amount of gold on earth, gold is extremely difficult to mine. Thus, gold will always be scarce. Unless we start mining gold in space of course!

Finally, gold is durable. Gold can be stored without deteriorating over long periods of time.

Bitcoin is a better store of value than gold?

If one needs to seek refuge due to political turmoil or environmental disaster, bitcoin is easier to transport as it doesn’t have to be physically transported like gold.

Finally, bitcoin will soon be scarcer than gold. One way to measure scarceness is the stock to flow ratio. “Stock” in this case means the total amount of the asset that has been hoarded rather than used, and “flow” in this context means the amount of new assets entering the market.

For example, approximately 171,300 tons of gold has already been mined and stored. This gold is not being used for jewelry or as parts in electronics. Estimations are that 2,750 tons of newly mined gold enter the market every year, which means gold has a stock to flow ratio of approximately 62 (171,300/2,250). No other metal has nearly as high of a stock to flow ratio.

Similar to gold, bitcoin also has an incredibly high stock to flow ratio. In fact, the maximum amount of bitcoin coming to market is capped at 21 million. Furthermore, roughly every four years the flow of bitcoin is cut in half in a ‘burning’ event coined The Halving.

The halving recently occurred on May 11th, 2020, making BTC more scarce than gold. 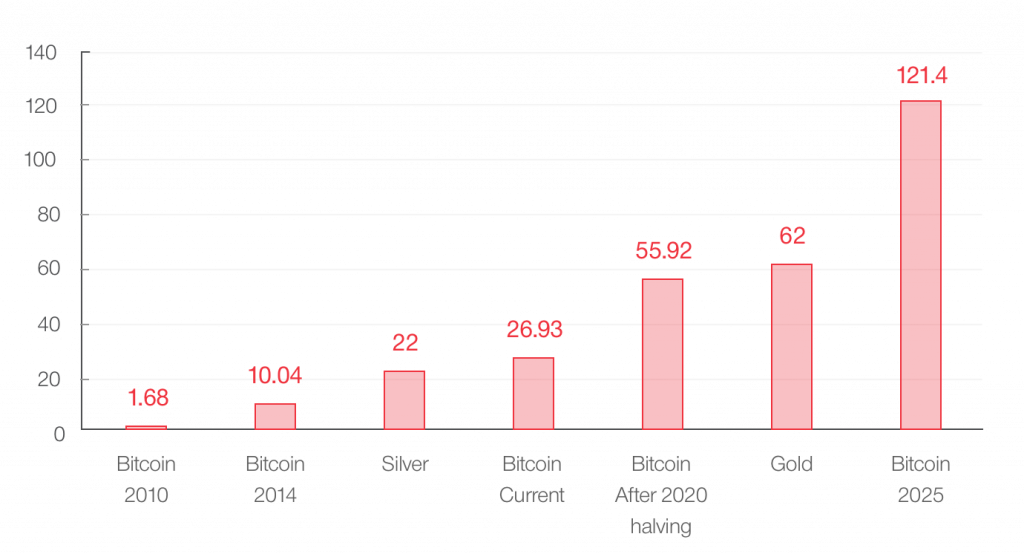 The primary way to buy bitcoin globally is via an exchange, with a Peruvian owned platform available for LATAM residents in Banexcoin. Banexcoin allows you to buy bitcoin with Peruvian sol directly, unburdened by high transaction fees when compared to the median across regional exchanges.

Banexcoin is a regulated exchange that operates with an approved license issued by the Superintendency of Banks (SBS), which is the Federal Reserve equivalent for Peru. Not only does Banexcoin have the appropriate licenses to operate an exchange against stringent financial guidelines, but Banexcoin also works directly with the Chamber of Electronic Commerce.

Finally, Banexcoin is active in the local bitcoin and cryptocurrency community. The founders are committed to actively educates users on all aspects of digital assets and the strategy needed t0 invest in them.

Banexcoin is a trusted gateway for Peruvians to access bitcoin with minimal capital investment.