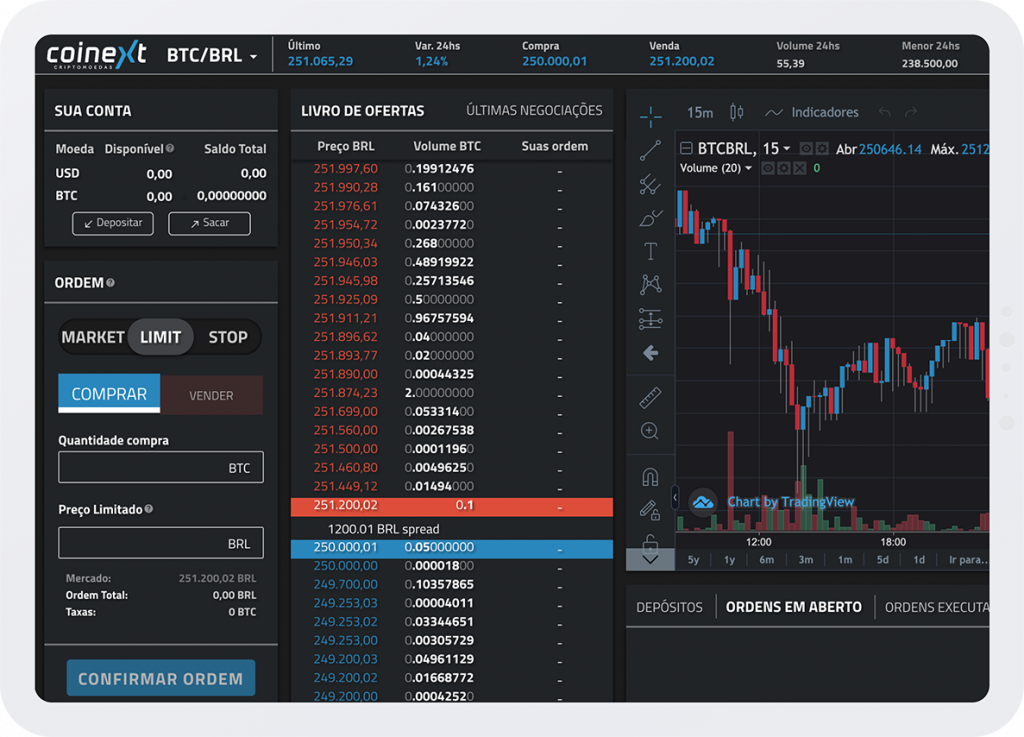 Coinext is among the largest cryptocurrency exchanges operating in Brazil, with over 90k registered users on the platform and total market share consistently ranking within the top-5 nationally. Since launching in 2018, Coinext has facilitated trade of over 3.3B reais in cumulative exchange volume, reaching nearly 10% of Brazil’s national cryptocurrency market.

Coinext CEO & Founder José Artur Ribeiro’s transition into cryptocurrency from a career in traditional finance began with analysis of crypto Forex markets in early-2017, “Offer and demand of Bitcoin in the US and Brazil were not as efficient as they should be during this period. The demand in Brazil is higher than the supply available, creating a major arbitrage opportunity averaging between 10-20% difference. There was clearly a large upside to be capitalized on.”

It was clear to Jose that Bitcoin offered a superior means of value transfer, “At the time I was the CFO of Vodafone in Brazil, and I was working there doing some FX work, sending/receiving money from Europe, and it would take nearly 72hrs for settlement. I said OK, my next move will definitely be into cryptocurrency.”

There was an obvious gap in the Brazilian retail trade landscape that needed filling, “I began to explore how we would enter this new financial world,” said Jose, “At that time towards the end of 2017, there were only a handful of crypto exchanges in Brazil, and they were far from professional. These start-up businesses were built on very poor technology, and offered traders inadequate platform capabilities and a subpar service experience,” he continued, “Once we experienced the bull market of 2017, we knew that existing exchanges were absolutely not prepared for that kind of traffic and volume, and decided we had a golden opportunity to offer a superior alternative. Low and behold, by the end of 2018 there were over 40 exchanges in Brazil.”

Two strategic decisions underpinned Coinext’s go-to-market strategy, “First, we did not want to reinvent the wheel in terms of software to avoid having to start from scratch, a la, hiring a ton of devs, spending money and time that we didn’t have, and trying develop something that could be imperfect. We knew how the software market worked, so we wouldn’t make that mistake and lose out on critical time entering the crypto market,” Jose continued, “The second decision was to add a lawyer to the shareholders team, with crypto exchange as a completely new B2C business operating largely unregulated in Brazil at the time. Our founding team consisted of three primary partners: a PHD in computer science from San Francisco, a professor of law in Brazil, and myself with the financial background.”

“We looked around the world to secure a white label solution provider,” explained Jose, “At the time, it was clear that AlphaPoint was the most organized and established company in the space. We are still very satisfied with the decision we made, and I think we’re good partners, working through challenges and growing together.”

Coinext launched four months after beginning their partnership with AlphaPoint, scaling quickly from handling the 8th-9th largest portion of Brazilian market share, to consistently ranking 2nd or 3rd nationally, eventually being identified as the ‘2018 Exchange With Most New Market Share’ in a prominent market analysis report. Jose expounds on their meteoric rise, “We grew for two reasons, with the first being consumer trust. We had more senior leadership than most regional competitors, and concurrently offered a more complete and stable platform. The second thing was liquidity. AlphaPoint’s Remarketer has helped us source liquidity worldwide, and it is very important to our success, so we can provide a deep book to the Brazilian market and offer competitive pricing. The Remarketer was integral to us gaining market share, and is still a strong point for Coinext’s operating model today.”

Looking forward to the future of this asset space and the technology needed to get there, Coinext envisions a place for tokenization products, along with a payments/commerce platform that provides customers an easy and cheap means of receiving money in crypto. Jose concludes, “Our vision for the future includes asset tokenization, as we believe there are specific segments of the traditional market that can be tokenized and that’s where we want to be positioned. Additionally, There’s a big market in Brazil for crypto lending and also margin trading. There’s very few players doing so in Brazil, and as long as we have quality standards in place and a highly-secure platform with regulatory oversight, we see this as a very lucrative arena using these complex systems. We know how to do business, and AlphaPoint knows how to do software. It’s a good partnership in this way.”